Stroller friendly: Yes, but during dryer months. There are some pretty big puddles to cross

What appears to be a dead end road in the heart of Coquitlam, British Columbia is actually the beginning of a beautiful trail!

When you find parking on the residential street head into the opening in the trees. 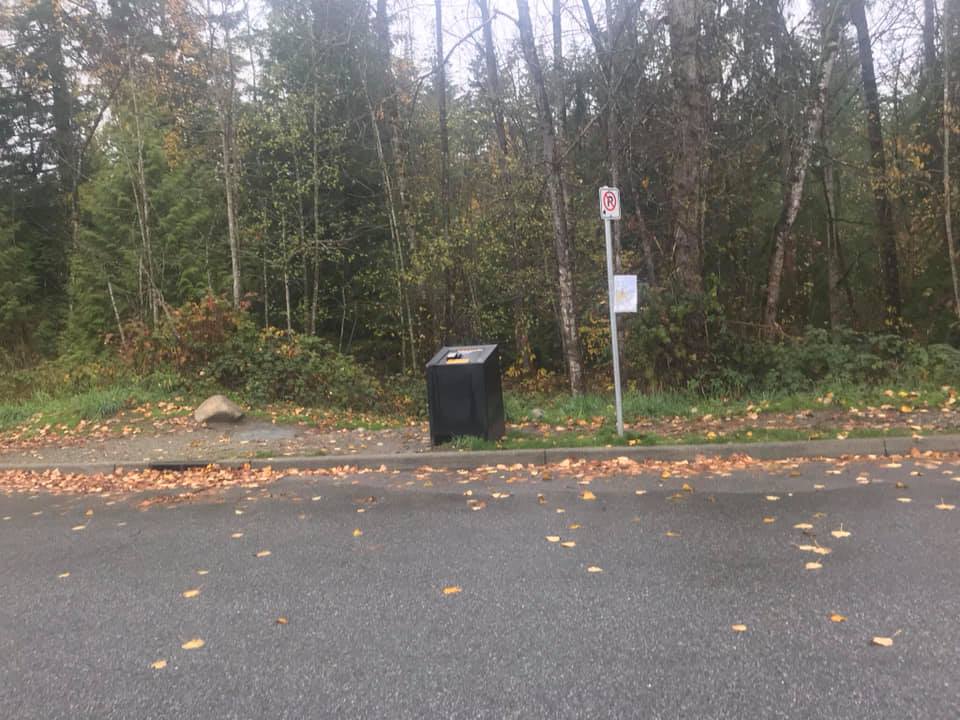 Take a right and start on the trail. The start of the trail leads you along the river. IT’S BEAUTIFUL! Be mindful of the little guys, though, as the water runs fairly quickly. We were here when the salmon were spawning so we saw (and smelled) the salmon! 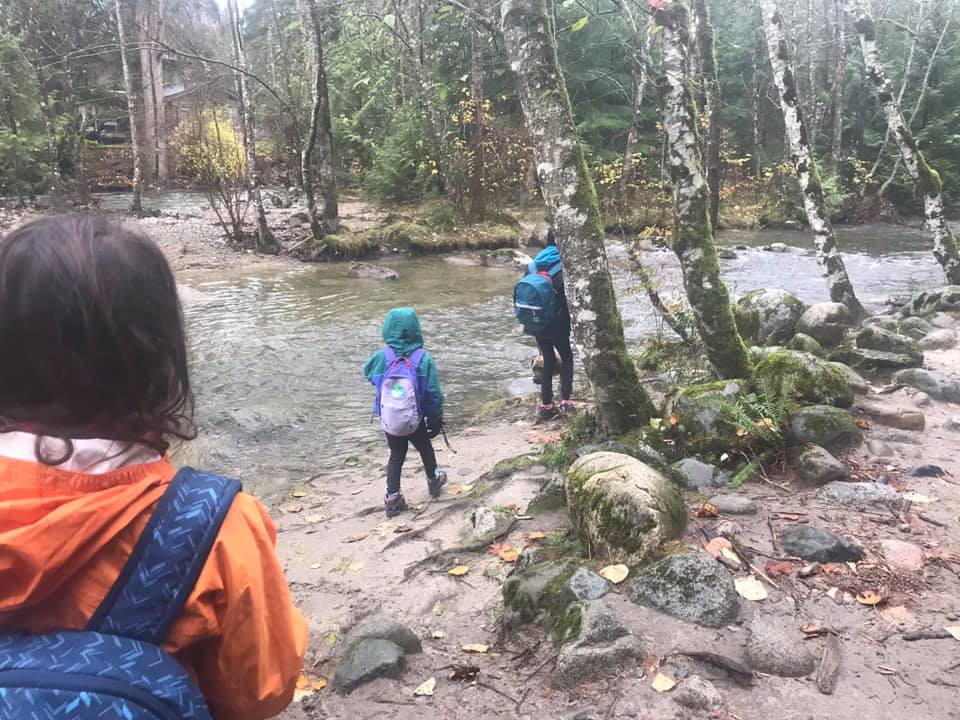 The trail starts to lead you away from the water and into the forest. 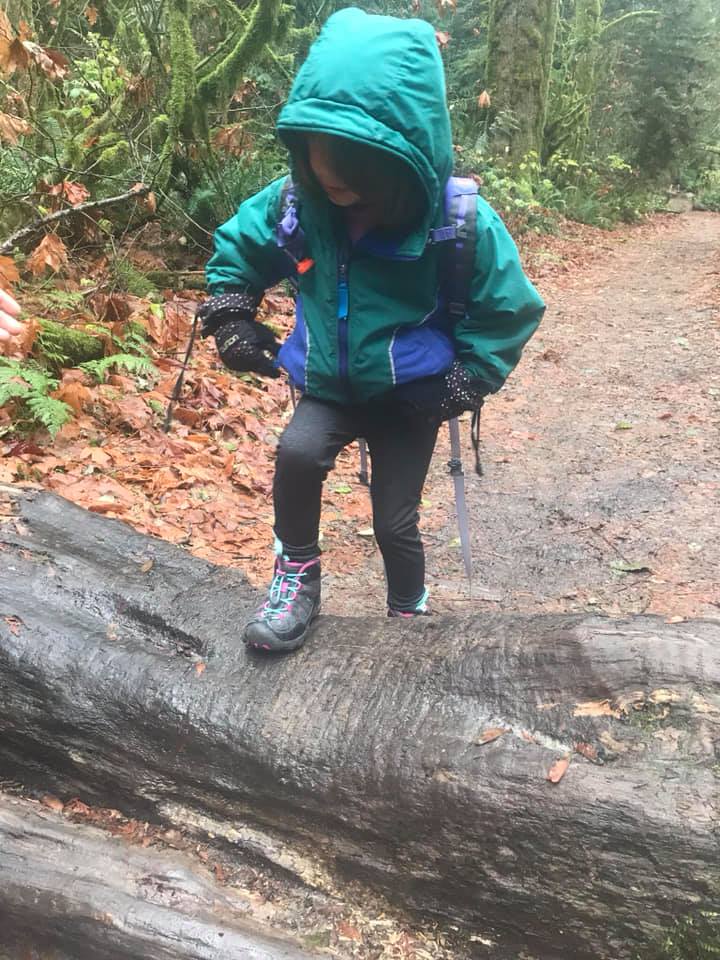 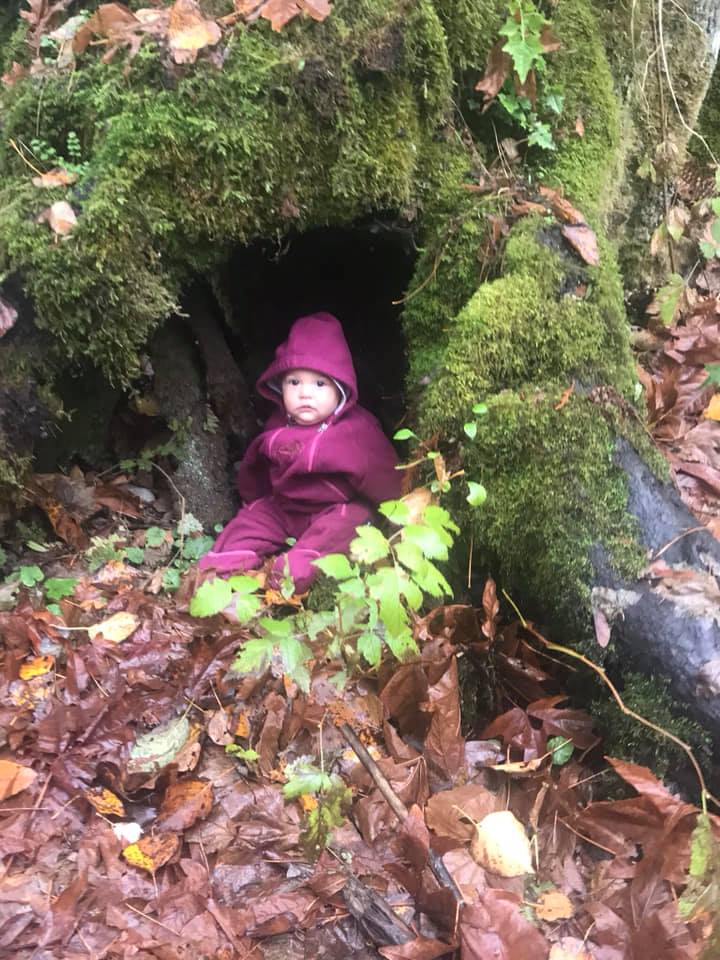 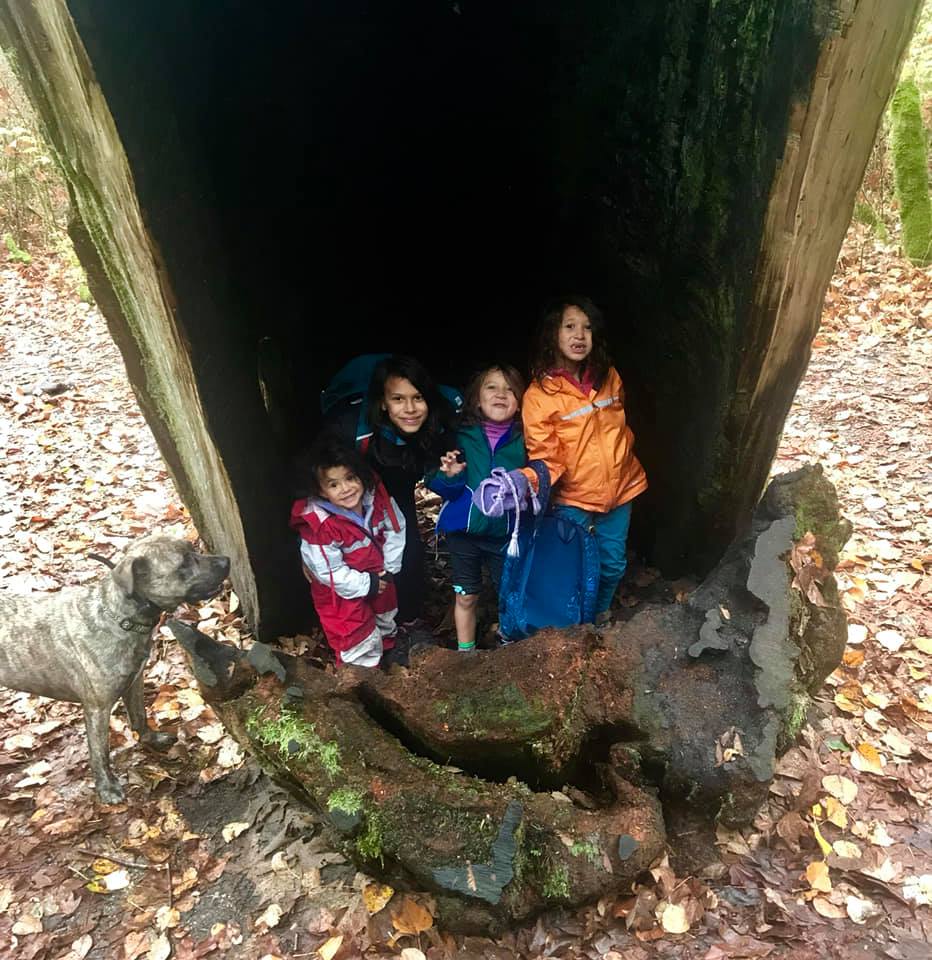 There are some pretty impressive things to see along the trail to Crystal Falls. Large trees that are blocking the trail have been turned into stairs, there’s a cool tree where you can prop up a small child and make her look like a tree gnome, and a hollowed out tree on an angle that makes for the perfect play spot/ photo opp.

We went in November, which meant…WET. There were a lot of puddles to cross and the streams were running high. 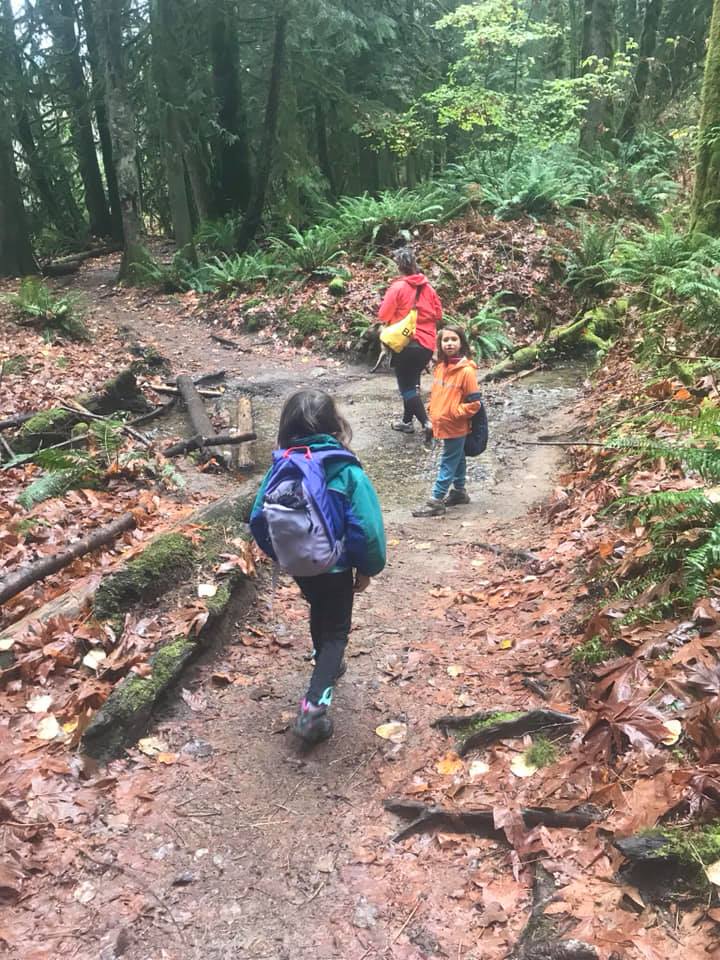 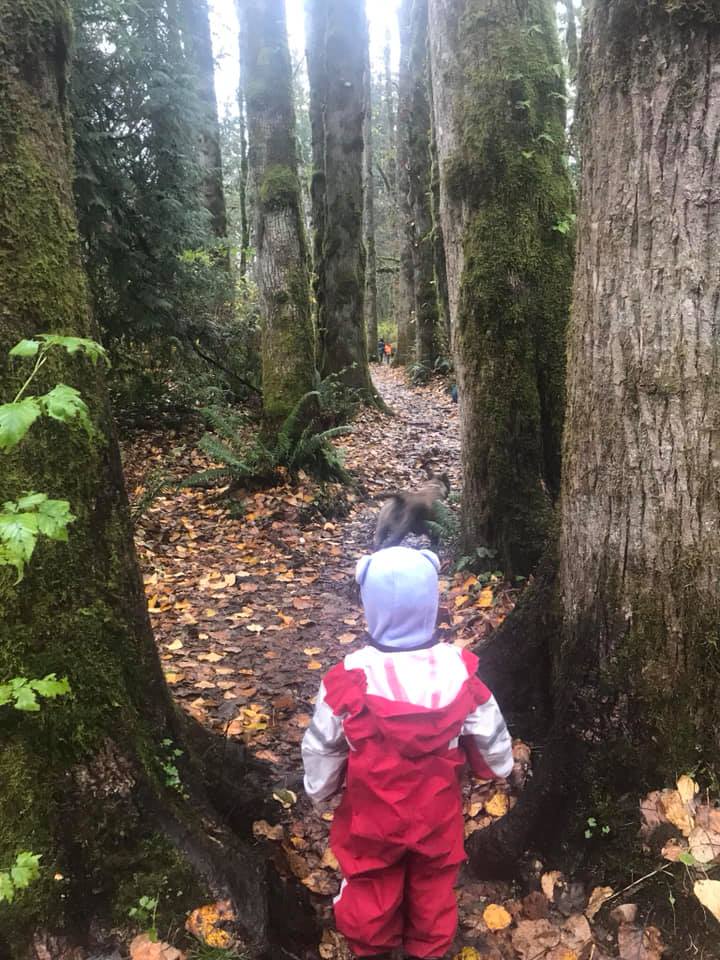 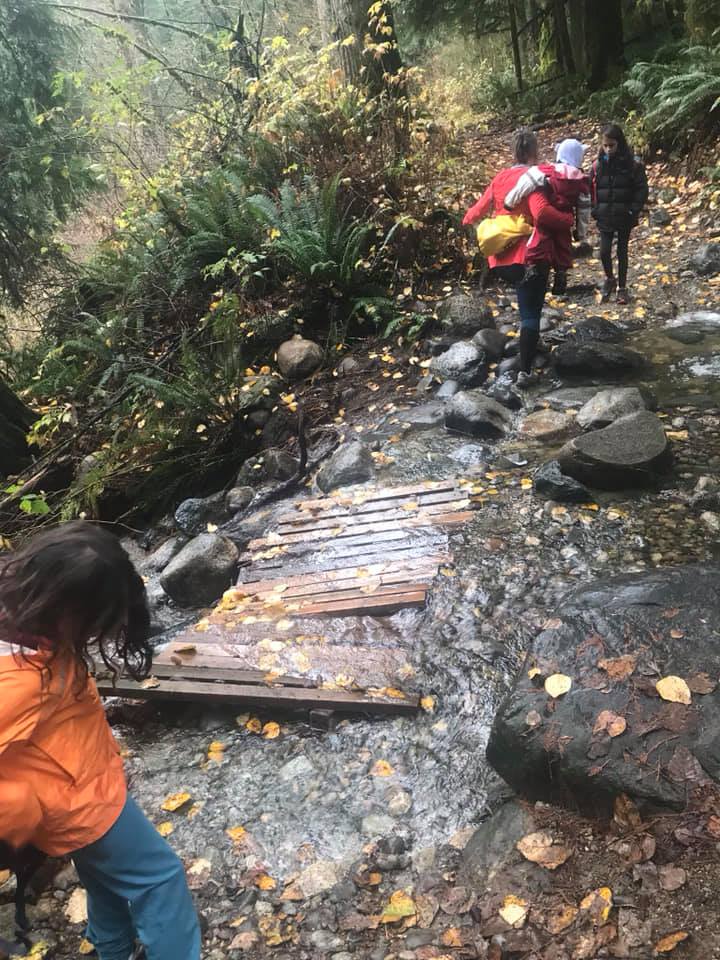 There are some pretty awesome bridges and strategically placed logs you can cross. If you’re lucky you’ll have a super rad sister-in-law to help you get your kiddos across: 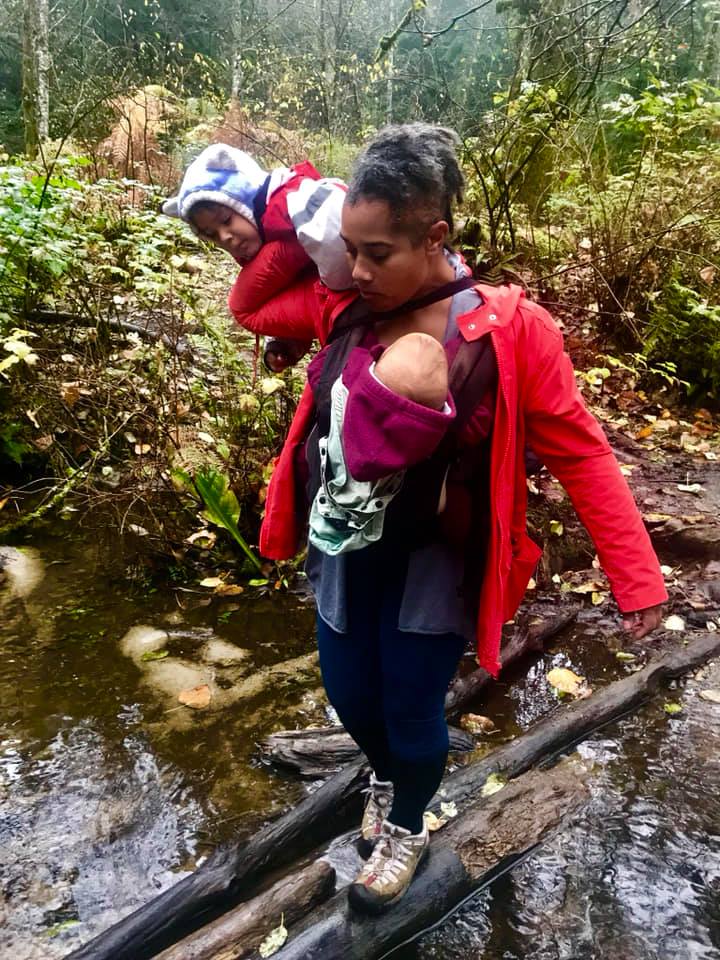 The last part of the hike is long. It’s straight, and kind of boring, and lonnnnnnng.

We really had to use the power of motivation (bribery) to get our kids excited to get to the waterfall. Fortunately, you can hear Crystal Falls well before you can them which helps the kids want to get going.

Finally, after two hours we got to the falls! It was really pretty, but not huge. It was impressive enough for the kids, though, and they were happy to have gotten there and have a snack! 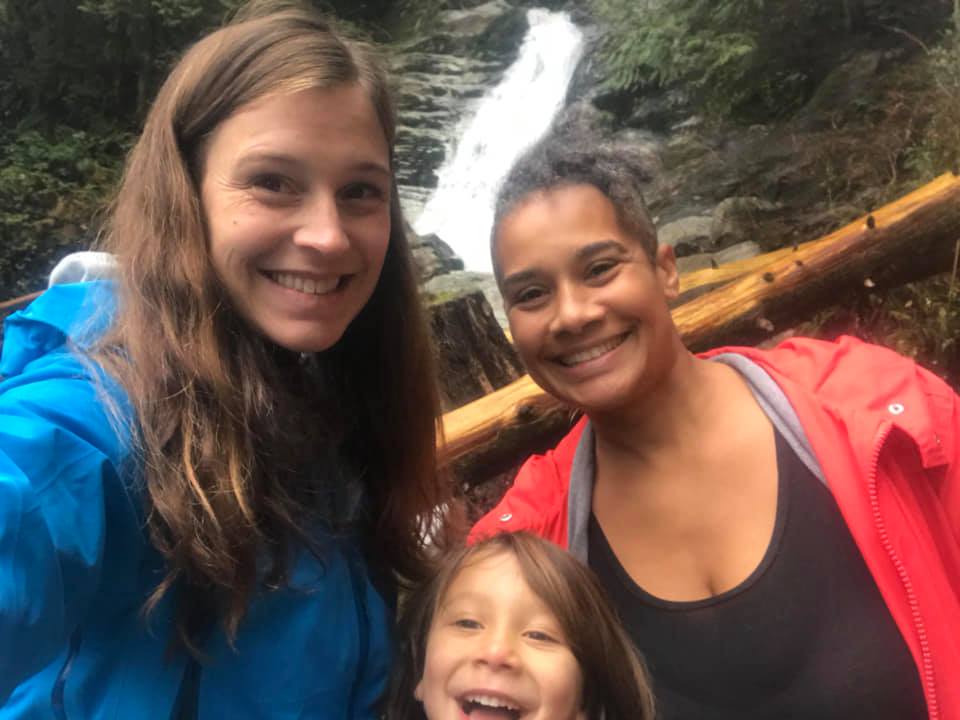 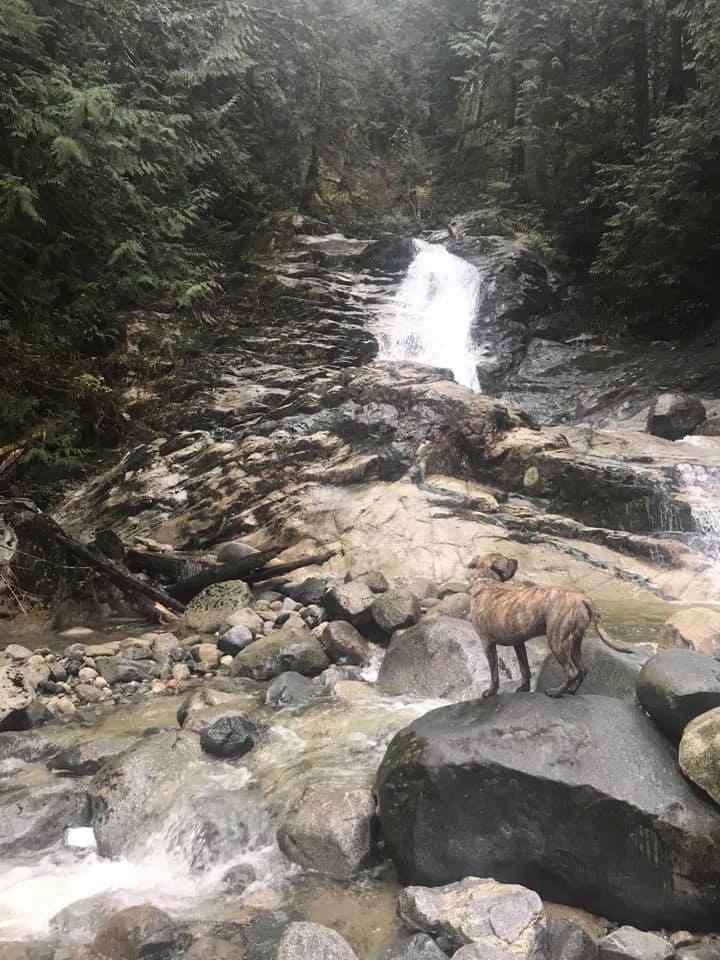 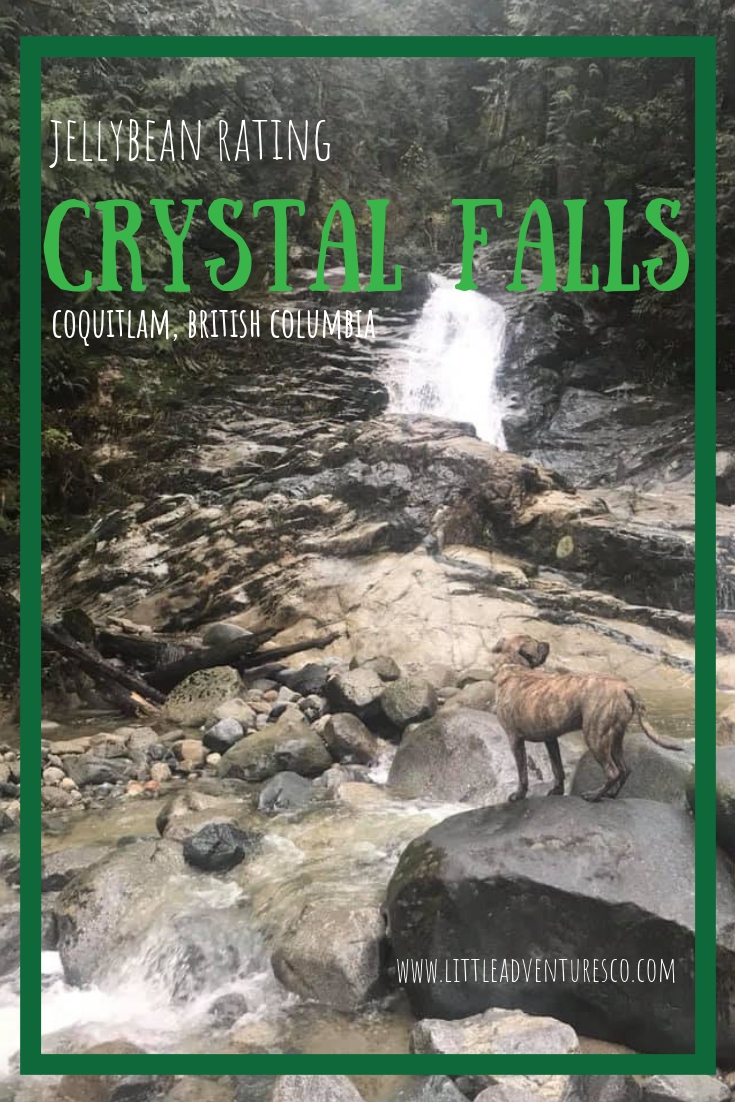 After spending a bit of time exploring the rocks and refueling we began the trek back. My youngest was getting pretty tired so the older girls took turns carrying her:) 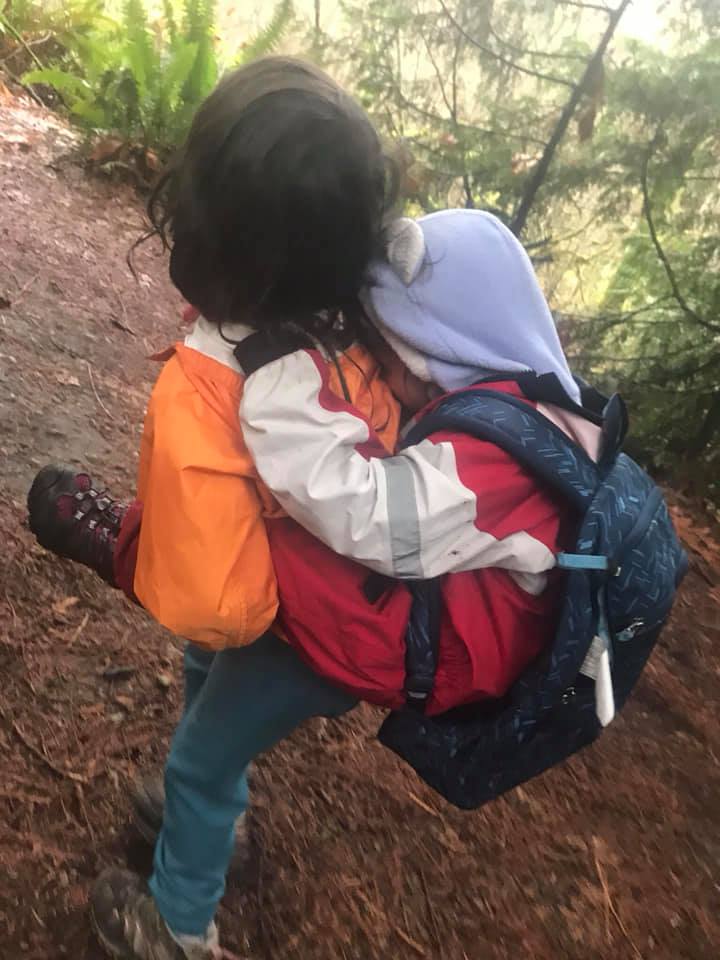 Crystal Falls is a bit of a trek for the little guys, but they felt pretty accomplished when they were done. There are a lot of off-shoot trails from the main one so realistically you could spend a whole day here exploring. If it was a little warmer we probably would have spent more time exploring at the waterfall. It’s a decently long way to go if you’re not going to spend a bit of time at the actual Crystal Falls.

I think we’ll head back again when the weather is warmer! 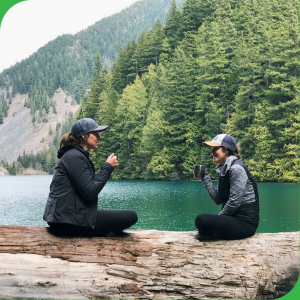 We know what you're thinking: Is that whiskey in their water bottles? Are they crazy to take all those kids into the great outdoors? The simple answer is "yes", and guess what? Crazy loves company! Join us as we take our kids through outside adventure! 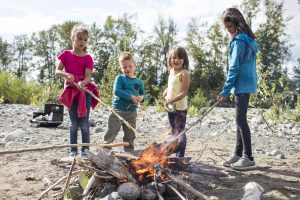 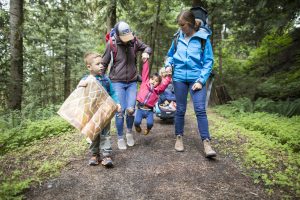